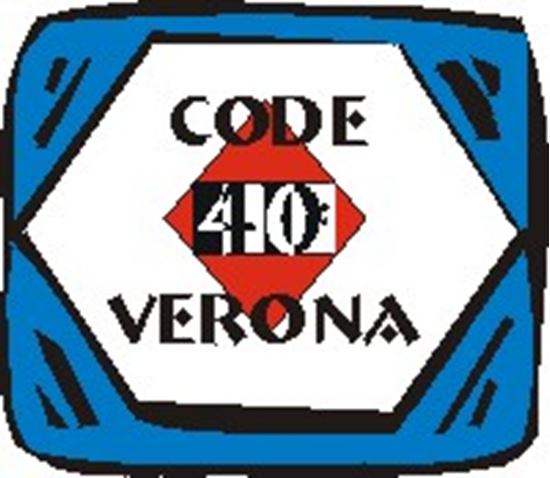 This play begins at the ending of Shakespeare's "Romeo and Juliet" but envisions a modern twist - it's a police drama, in which incompetence and political pressure rule the day. Balthasar and Friar Lawrence still flee the bloody scene in the Capulet family tomb and are apprehended by church security guards. But this time, security calls the police, who proceed to investigate the crime. The police release the friar because they can't imagine how he would be involved and instead try to pin the crime on Balthasar. The mayor, Escalus, is under political pressure to crack down on gang violence; the public defender's office is understaffed and can't deal with such a complex case; and budget cuts force the medical examiner's office to lay off the lab assistant whose toxicology work might unravel the mystery. Meanwhile, TV crews hound everyone connected with the case. In the end, the prosecutor, eager to secure a conviction in a high-profile case, offers Balthasar a plea bargain. Does he accept?

Q: TELL US ABOUT WRITING THIS PLAY.

A: I'm a big fan of Shakespeare and have enjoyed fooling around with different riffs on his work, especially trying to put them in a modern context. Plus, in my real job as a newspaper editor, I supervise crime coverage -- so the idea of looking at the police investigation into the deaths of Romeo and Juliet intrigued me. I hadn't actually acted on that impulse, though, until a high school theatre director I knew said he needed a script with a cast big enough for an entire class, and a class with a big female-to-male ratio.

A: "Code 40 Verona" appears to be a light and superficial, and it is to an extent. But beneath the surface, there's a lot of darkness, and that's one of the things I like about it. More than most plays I write, this one incorporates references to a lot of things I'm familiar with. By day, I'm a newspaper journalist, and I've worked either covering or supervising coverage of politics, crime, and courts. A lot of that life experience finds its way into the play. It critiques how the media sometimes hypes things and blows them out of proportion. It critiques how politicians are driven by polls. It looks at how the criminal justice system is overburdened, especially the forensic labs. In the play, everybody except one gets things wrong. I'm not much of a believer in conspiracy theories; instead, I've seen how bad things happen through incompetence or inattention or incorrect assumptions. That's what happens here. And the only person who figures out correctly what really happened to Romeo and Juliet is ignored. That's one of the lab scientists, and she loses her job in a round of budget cutbacks. I like to think that Shakespeare would appreciate that kind of tragic undercurrent.

A: I'm not sure I have one special favorite. In general, the ones I like best have some basis in things I've seen as a journalist over the years. So, I like the scenes where the mayor is re-assuring his backers that the polls don't matter; I like how the mayor manages to step in front of the TV cameras to get in front of the story. And I especially like the scene where the prosecutor is trying to pressure the public defender into having the defendant accept a plea deal. It's a serious part in what is otherwise a lighthearted play but also reflects how the real world works.

Q: WHEN DID YOU START YOUR WRITING CAREER?

A: I've been writing something ever since I was old enough to pick up a pencil. I'm a journalist by profession -- currently assistant managing editor of The Roanoke Times in Roanoke, Va. -- so I work with words every day.

A: My first real experience with playwriting came in college, when, on a lark my senior year, I took a playwriting class. I didn't seriously take up playwriting until three years ago, though. I was watching a community theatre production of an original script and thought to myself, "I could do this." So I set out to try. In the years since, I've written zillions of scripts -- from 5-minute scenes to one-acts to full-lengths. Much to my amazement, people have actually liked them and wanted to produce them.

A: First of all, this is what I do as a hobby, so it's a great stress reliever. I turn on the computer, crank up the stereo (mostly contemporary rock), and all is bliss from there. More to the point, I like being able to create entire worlds, and create dramatic moments that I hope, someday, will come to life on stage. The thing I like about theatre, as opposed to other forms of writing, is that the work isn't just words on a page -- it's intended to come alive.

A: The beginning, the middle, and the end. Well, that's the cliché answer, I suppose. Usually I'm pretty good at coming up with the beginning . but the endings are more of a challenge --how to neatly tie up everything in a way that's both plausible and dramatic.

A: They are almost never based on people I know. Usually, I try to make them up completely, although they might incorporate certain character traits I've observed. For some scripts, I'll make a list of characters beforehand with all of their motivations and characteristics; sometimes, I'll make them up as I go along.

A: I try to write about things I personally enjoy and hope that others will enjoy them as well. So there's no grand theme to save the world or send some big message to society or anything like that. Most of my scripts are probably best suited for high schools (maybe some colleges and community theatres), so I try to keep in mind the fun I had in high school when I was in a few plays and try to create something that I think would be fun for people to participate in. I always try to make sure my scripts either have a female-majority cast, or enough non-gender roles to allow for a female-majority cast, because I know that's a big issue for many schools. And I try to make sure that even the smallest roles have a certain number of line to make the part challenging and worthwhile.

A: Playwriting is my biggest hobby, and I try to set aside at least an hour each day for it. Between work, family, and playwriting, there's not much spare time left.