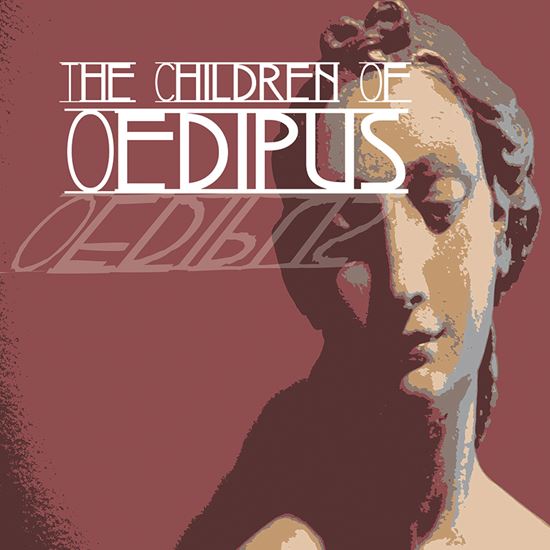 This new dramatic adaptation of "Antigone" offers a voice to characters who were previously unheard in the traditional Sophocles version. Polynices, Haemon, Ismene, and Eurydice -- each becomes an integral part of the storyline so that the audience fully understands what compels them to commit the actions they choose. Inventive new scenes, crisp dialogue, and beautiful choral work help develop the storm between Antigone and Creon to its inevitable conclusion, while tender moments between siblings allow us to see what drives their ambitions, their hopes, and their dreams. This play is particularly effective in the world of competitive theatre for it blends students with different strengths in acting, singing, dancing, and technical theatre. Performance time about 70 minutes.

Talks About "The Children of Oedipus”

A: My love for the Greek classics led me years ago to make a decision to adapt as many of the Greek plays with strong female leads into producible shows for educational and competitive theatre. I also love working with ensembles because it allows a director to cast and involve a larger number of students.

A: There are many favorite parts in the play, but one that comes to mind is the scene between Polynices and Antigone. Many students don’t understand why Antigone refuses to back down when faced with death. These students are exposed to “Oedipus Rex” and “Antigone” but many don’t get to read or work with “Oedipus at Colonus” where Polynices makes Antigone promise to bury him. This show bridges the gap and develops the idea of promises between family.

A: The characters were developed from questions my actors would ask when working on the traditional version of “Antigone.” Actors were miffed that no closure was given to the character of Ismene, for instance. Internet research provided inadequate theories. So with my adaptation, I gave her a storyline and a love interest- Archimedes- which some students found engaging as Archimedes goes on to become known as the inventor of the pulley, etc. The character of Eurydice the mother needed to make an appearance so that we could see the depths of her love for her son. A modern audience needed that relationship. As for Haemon, in the traditional show we see his confrontation with his father and then we are told he has killed himself. I kept the traditional feeling of Haemon and Antigone never seeing each other, but I incorporated individuals to work on their behalf.

A: I wanted my students to question relationships and personal responsibility. I wanted my actors to delve into their characters and realize that sometimes there isn’t a clear answer and decisions have to be made using personal integrity. I wanted them to explore what the ideas of love, commitment, friendship, and citizenship mean.

A: This play is written with the modern student population in mind. It is best when played with a multi-cultural cast whose director allows them to explore venues of music, dance, acting, and art. It can be played in any time period from the halls of the Greeks to the deserts of the Middle East. Only the imagination of the production staff and director is the limit.