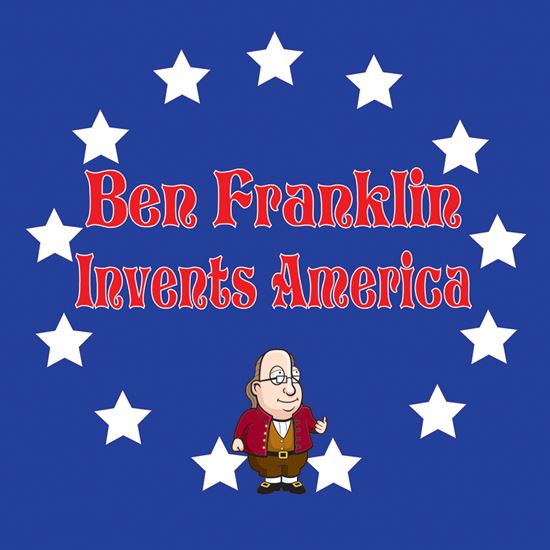 Ben Franklin has gathered his apprentices together to make a play that is the story of his life and how it parallels the beginning of a new country. The apprentices are inexperienced but very eager. One will get to play Ben as a boy, “Little Ben”; another will be the young and daring “Middle Ben.” And of course, “Big Ben” will be played by Ben himself, who will also take a few other juicy roles! The great moments of his life are enacted including the creation of “Silence Dogood,” a wildly popular fictional female letter-writer who mocks all of society and steals the heart of Ben’s own brother, and “Poor Richard,” the lively fictional character archetype that helps Ben sell more of his almanacs, especially after “predicting” the demise of his competitor! This humor-filled play illustrates Ben’s career as printer, writer and publisher, as the most famous scientist of the century, and finally as the diplomat whose brilliant work saves the infant country that will come to be known as the United States of America.

PLAYWRIGHT WILL HUDDLESTON TALKS ABOUT

A: I had written several plays on American history before and was asked by the California Theatre Center to do one on Ben Franklin. I was extremely happy to get the opportunity.

A: The “Patience Dogood” sequence is my favorite. In it Young Ben creates a symbolic female who represents the idea of “liberty” – much like the Statue of Liberty. And this was centuries before this feminine symbol was perfected by the French. But I also like the “Poor Richard” sequence in which Middle Ben creates a new “frontier/country” type of person who is the unique and original American character we all recognize today.

A: Most of the characters come from Ben Franklin’s book, “Autobiography.” Other historical characters were described in biographies of Ben Franklin, particularly the one written by H. L. Brands, “The First American.”

A: I wanted to convey the richness of American history in the years before the actual founding of the country. And how the ideas and events that eventually produced the “United States of America” had been tried and tested many times before the country was actually created.

A: I wanted to put in more George Washington.