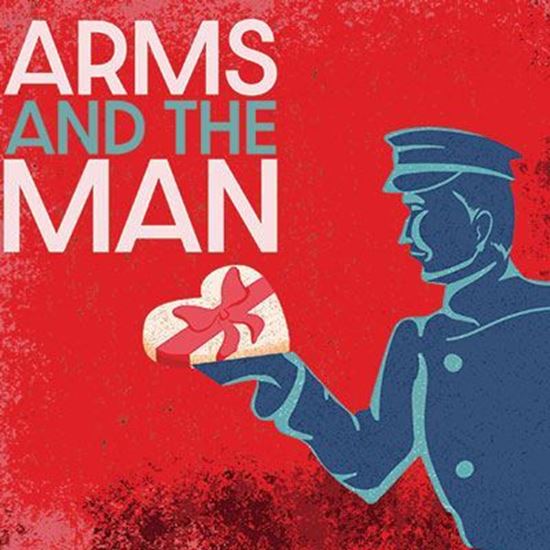 Arms and the Man

Arms and the Man is a satire on the glorification of war and the folly of basing one’s affections on an unreal love. Set in the 1880s, Raina Petkoff, a Bulgarian whose father and fiancé Sergius are serving in the war, is warned enemy soldiers may be nearby. Soon Captain Bluntschli, a war-weary enemy, breaks in and holds her hostage. Over the course of the evening, they start to connect. Raina provides him with one of her father’s coats and some chocolates, giving him the nickname, “my chocolate-cream soldier.” When the war ends Sergius and Raina’s father return home. Sergius, though, senses the false nature of his relationship with Raina and begins to fall in love with Louka, the Petkoff’s servant. Captain Bluntschli returns to bring back the older man’s coat, and is now welcomed as “our friend, the enemy!” Raina realizes that the photograph she secretly gave Bluntschli is still in her father’s coat. Sergius, feeling badly about the way he treated Louka earlier, is trying to win her back. Finally, the four lovers have it out. In the final scene, the Petkoff parents see the couples have switched partners and start to object. However, the play ends happily with Louka and Sergius in each other’s arms, and Raina expressing her affection for Bluntschli, her “chocolate-cream soldier.” This adaptation is perfect for young performers who want to dig into classical work that is challenging, but also very actable. The play has been shortened to 75 minutes that will fly with laughter and energy!

I have a special interest in Arms and the Man, having taught the play for many years in my acting styles class at the University of Northern Colorado. Among the George Bernard Shaw plays worked on in the class, Arms is probably my favorite. It makes a critical statement about war by contrasting the idealistic qualities we sometimes believe about it with its brutal reality. This is an anti-war play, written at a time when war was widely held to be a noble endeavor. I wanted to make this thought provoking and funny play more accessible to all theatre creators.

Because Shaw was such a gifted playwright, it was challenging to decide on cuts. One large cut was the character Nicola. I think without this character the play flows more smoothly, with no loss of clarity.

I want theatre people who don't know Shaw to discover him! The roles in Arms let actors make big choices because its characters have big dreams, and they are very funny.

I hope you have a great time working on Arms and the Man!