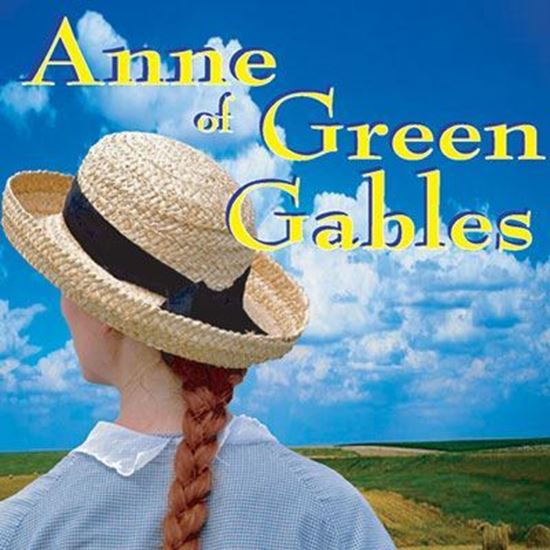 Based on the novel by L. M. Montgomery. When elderly Marilla Cuthbert and her shy brother Matthew decide to adopt an orphan to help with farm work, they expect a boy to arrive at the train station. Instead, a talkative, imaginative girl with fiery red hair and a taste for romance shows up--Anne (with an "e") Shirley. What use will she be to them? asks reserved Marilla, but tender-hearted Matthew feels they might be of some use to Anne. It turns out that all three are much more than useful to one another: they're as vital as breathing. In joyful, hilarious adventures familiar to generations of readers of the beloved classic novel, Anne apologizes to neighbor Rachel Lynde, finds a bosom friend in Diana Barry, (and later inadvertently gets her drunk), saves Diana's little sister, deals with the loss of Marilla's amethyst brooch, meets Gilbert Blythe, bemoans her hair, falls off a roof (sort of), and nearly drowns. The theatricality of Thornton Wilder's "Our Town" is utilized throughout to bolster the universal truths and give the characters warmth and human believability, rather than being forced into stereotypes or caricatures. Thus, Marilla becomes Wilder's Stage Manager in that she directs the audience, while remaining a character that in no way directs the story. Anne and her young friends handle that. Stagehands sometimes speak, but for the most part maintain conventional invisibility. A heartwarming adaptation.

A.: Writing is how I make a living, but there are a few fictional characters that simply (and firmly) demand attention. Anne is one of them.

A.: I get chills when I read my very last line-the disembodied voice of Matthew saying to no one in particular but to everyone in general, as if announcing it to the universe, "This is my girl. That I'm proud of." Wish I could claim credit for writing that line. I can't. But I like being able to set it in a benedictory place. Perhaps the reason for that is the upset I feel when I read reviews that typify the relationship between Anne and Matthew as "peculiar" or "odd." Peculiar? What's odd about setting out a dish of milk for a stray kitten that's turned up on your doorstep? For me, both Anne and Matthew have hungry hearts and the generosity to find and accept what feeds them.

A.: "Anne of Green Gables" is a long novel, which calls for a bit of dodging in order to avoid a five-hour production. I took liberties with the when of what happens (i.e., Mrs. Barry doesn't relent and accept Anne's friendship with her daughter Diana quite so quickly in the novel), but not with the what of events. I fudged strict chronology because I needed links for both action and character development. None of the familiar episodes-Anne's near drowning or walking on the roof, etc.-are fudged into taking place offstage. (This isn't a Greek tragedy, after all!)

I read the book as a story with a double character arc, each of which enhances the other, so that the story very nearly becomes two arcs of the same circle. Yes, it is Anne's story. But it's equally Marilla's. To make this adaptation theatrical while focusing on the story's essence, I turned to Thornton Wilder's "Our Town" (including the playwright's prefatory remarks about what he set out to do in his script) for inspiration, and also as a source for artistic thievery. I turned to the old Guthrie Theater's thrust stage and stole its method of changing scenes, adapting them to a proscenium stage with opera-house wings.

The up-side to all this for a "straight" script is that it allows characters to develop naturally rather than via jump-start musical numbers. (This messes up Gilbert's chance to steal the show. Hard cheese.) Marilla becomes Wilder's Stage Manager insofar as directing the audience is concerned, but remains a character that in no way directs the story. She doesn't drive the story as Wilder's Stage Manager does; Anne and her young friends handle that. Rachel and Mrs. Barry are allowed warmth and human believability, rather than being forced into stereotypes or caricatures. Stagehands have lines, but become Guthrie Theatre-like in their conventional invisibility.

The down-side to all this is that the script is direction-line heavy. (You'll notice this right off. The rationale for it is above.) Rest assured this full-evening adaptation won't run past bedtime.

A.: What makes this book such a great one, I think, is that it's the story of most families--a universal story, with children growing up (in somewhat predictable patterns) and adults growing older (in ways that, after the fact, are also basically predictable). No wonder it's such a beloved book! I tried to focus on that universality in adapting the novel to the stage. There aren't a lot of spunky, bright orphaned "Ann with an `e's" out there in reality, but most family histories include stories about funny/sad events of their own-the "we'll laugh about this later" kind of stories-and nearly everyone can relate to kids like Anne because of that. In short, Anne is unique, but nearly everyone who has read the book says, "You know, I was just like her!" Hmmm.