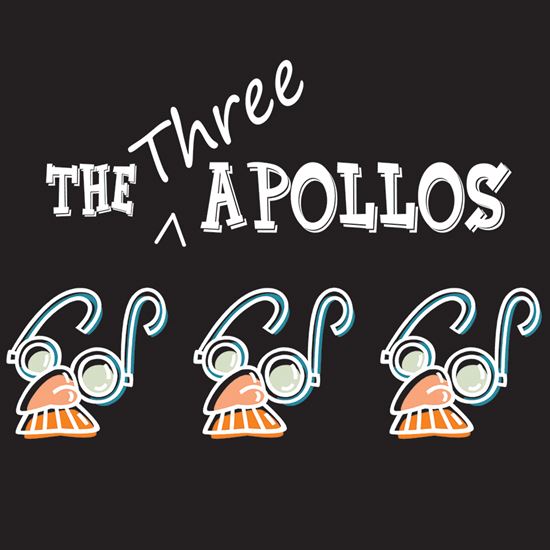 New York, 1920. Hanover Brunswick is the man who has everything except the love of his wife…or so he believes. When he learns that his beautiful neighbor Louisiana is marrying a man she’s never met – the soldier Apollo Vladermilk – Hanover plots to disguise himself as Apollo and marry Louisiana, thus giving his wife grounds for a divorce. Meanwhile, the real Apollo arrives in town and quickly gets into trouble with the law. To protect himself, he exchanges clothes with Louisiana's father, the overbearing Boswell Lavador. Soon there are three Apollos running loose through the city, each causing a series of comic confusions that involve a clever telegram boy, a drunken constable, a dopey minister and a mob of wayward ladies. It is left to a hapless judge to sort out the mess, put the proper lovers together and ensure that everyone gets their happy ending!

TALKS ABOUT “THE THREE APOLLOS”

A: I've always been a big fan of farce and the old comedies of the ‘20s and ‘30s. “The Three Apollos” is very much a tribute to those plays. I began writing the play when I was eighteen but it took almost ten years for the script (and my sense of humor) to develop into its current form.

A: “The Three Apollos” has numerous one-liners that I'm proud of, but my favorite has to be "the last time I tried to seduce someone I ended up doing her taxes." I also love all the scenes involving the Wayward Ladies.

A: The characters all based on the usual stock characters found in comedies - the young ingénue (Louisiana), the young lover (Artie), the overbearing father (Boswell), etc. All of these are extreme comic versions of people we all encounter, which is what makes them popular figures for comedy. The relationship between Hanover and the Telegram Boy, however, was inspired entirely by the Jeeves / Wooster relationship of the old P.G. Wodehouse comedies. Wodehouse was a major influence while I was writing the work.

A: Comedy. I wanted to write the sort of play that doesn't get written anymore. While I was writing it, I read and watched a lot of screwball comedies. “The Three Apollos” is very much an attempt to bring the old screwball comedies back to a modern audience.

A: The show is a great one for actors and offers numerous opportunities to dip into the comedian’s bag of tricks (pratfalls, double takes, etc.). While I encourage this, I would recommend against the temptation to adlib: farces depend heavily on the rhythm of the text and the structure of certain lines. Also, don't be afraid of the less comedic moments. The scene between Hanover and Fanny at the end of Act I, while funny, can also be very moving. Even in farce, the characters are all working from sincere motivations. They may go to extreme measures, but in the end they want what we all want: love, fortune, and success.