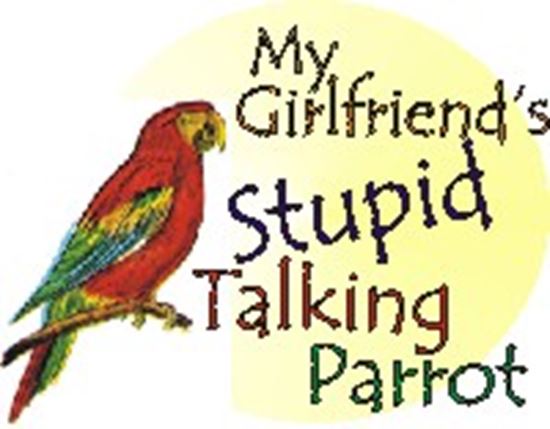 Erin buys a talking parrot which turns out to be under a voodoo curse. The troublesome parrot soon causes a rift between the Erin and her boyfriend, Jeremy, because she blames him for all the evil pranks the bird is pulling. The parrot is really Captain Jack, a pirate who, centuries ago, buried treasure on a Caribbean island, then cheated his shipmates out of the loot. Once in human form, Captain Jack persuades Erin and Jeremy to help him retrieve the treasure, but Jeremy winds up walking the plank instead!

A: I wanted to write a play that started very dramatically with lots of shouting and screaming. And I had the image of someone being forced to walk the plank by pirates that I wanted to make use of. So the idea began there, with that opening scene.

A: Well, if I said that opening scene, then it would all be downhill from there, so I better pick something else. But I like everything that involves pirates and parrots.

A: The parrot who becomes a pirate, by far.

A: I just wanted to create something that would be fun and challenging to stage but not so challenging that it would be impossible . or not fun anymore. And I wanted to have a strong female character.

A: If you produce this, let me know if it turns out to be as much fun as I think it will be.