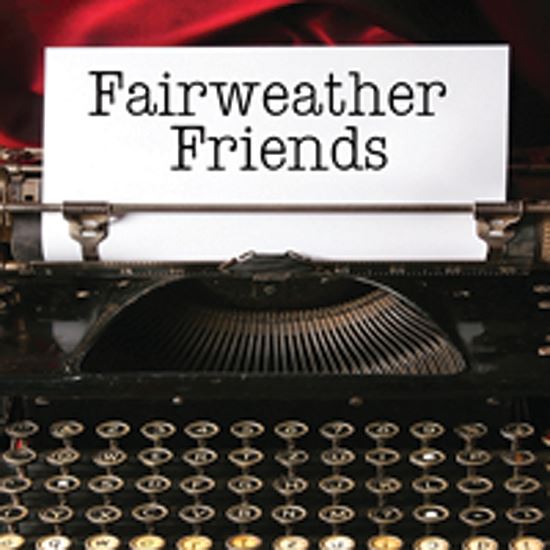 Lord Liverpool, a chauvinistic proprietor of a 19th century London newspaper, must deal not only with a wife who’s a suffragette and a daughter who seeks own career, but an old school rival out to embarrass him. The plot concerns a series of dispatches being penned by an adventurer in Africa, which have made the Herald a popular newspaper. Unbeknownst to Lord Liverpool, however, the dispatches are actually being written by his wife Athena, who seeks a literary career. Their daughter Calliope, suspecting something is amiss, goes to work for the rival newspaper to expose the fraud. This upstart rival paper is run by Lord Needleham, who takes great delight in one-upmanship against his old schoolmate whom he still refers to as “Pudding” in front of Liverpool’s staff including a saucy maid and put-upon butler. There’s plenty of humor in this British drawing room comedy!

A: I’ve always been a fan of British drawing room comedies. Growing up, they were what usually came to mind when I thought of “theatre.” (Now I know better, but I still have a soft spot for them.) I especially remember “The Importance of Being Earnest,” and others of that style. Later, I was a big fan of British television comedies that I watched on public television, such as “Are You Being Served?” and “Rumpole of the Bailey.” I wanted to try my hand at writing a drawing room comedy for a long time, but worried I couldn’t pull it off a period piece. Finally, I gave it a shot, and this is the result.

A: Hard to pick out a favorite part but I like the physicality of the show. Many drawing room comedies are just talkers; I wanted to make a point of working in action -- the saucy maid throwing the glass, Fenwick wrestling with the plant, and so forth.

A: No, they’re not based on anyone I know. However, I work for a newspaper, so the newspaper backdrop seemed natural. The character of the African explorer -- in this case, the fake explorer -- was one I ‘d developed in some short scenes outside of this play, so I appropriated his name and persona for this.

A: I wanted to write a “fake” British drawing room comedy. I also wanted to work in lots of stage action, and create some strong female characters.

A: I’m also a big fan of Shakespeare. One of his favorite tricks was an identity switch, or a mistaken identity, which I’ve tried to incorporate here.