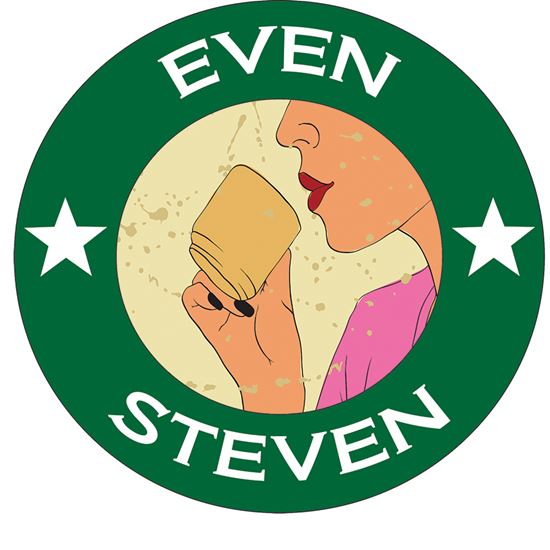 Sarah and Teddy, who used to be a couple and have not seen each other since the break-up, meet by chance. Both pretend to be in relationships that don’t really exist, because neither wants to appear unsuccessful to the other. They agree to get together with their (imaginary) significant others. This leads Sarah to contact Steven Ames, the proprietor of an unusual business called Even Steven which helps its clients to get even with people who have wronged them. Steven agrees to provide Sarah with a fake boyfriend, but Steven then contacts Teddy to provide him with a fill-in girlfriend. The two couples meet under Steven’s watchful eye and jockey for position. Sarah and Teddy secretly hope to reconcile, but their fill-in dates also have hidden agendas! This bouncy comedy plays loudly to our insecurities in the politics of love and our innate human desire to get even, if not to come out ahead.

A: This play evolved through the convergence of two disparate themes. One was the notion of someone providing a service to “get even” with anyone who has wronged you. This idea started with a group of us sitting around fantasizing about establishing such a revenge-for-hire business. I hasten to add that we never acted upon this fantasy.

The other was the politics of relationships. I remember having a friend in high school who had broken up with a girlfriend, and the most important thing to him was not that the relationship had ended, but that he was the one who had ended it, not her.

The concept of “status,” which Steven explains to Teddy, serves as the bridge between the themes of getting even with others who have wronged you and maintaining the upper hand in a relationship.

Q. WHAT'S YOUR FAVORITE PART OR LINE IN THE PLAY?

A: My favorite scene in the play is actually the pseudo-break-up between Robert (aka Jack) and Sarah. This is where the farce begins to turn back on itself, with a pretend couple having a real break-up, and Robert mouthing all the standard break-up clichés that are ridiculous because the relationship isn’t real.

A: Much of the action is character-driven, so the characters are very important. They are not specifically based on any people I know, but they definitely have character traits I have observed in the people around me. There is also a little bit of me in each character, because to make each character real I have to have some empathy with each of them, even with Steven Ames who is admittedly a rather unsavory Machiavellian character, sort of like Othello’s Iago but with a more entrepreneurial flair.

A: This play is a comedy, and the first goal of any comedy is to amuse. But while the play has farcical elements, I did not want this to be a zany or over-the-top type of comedy. I wanted the characters to be accepted as real people, and while the situation may be mildly absurd, I wanted it all to be sufficiently believable for the comedy to be mixed with some valid observations regarding human relationships.

A: I am thrilled to have Eldridge Publishing publish this play. I hope it brings enjoyment to a large number of audiences in theatres throughout the country.