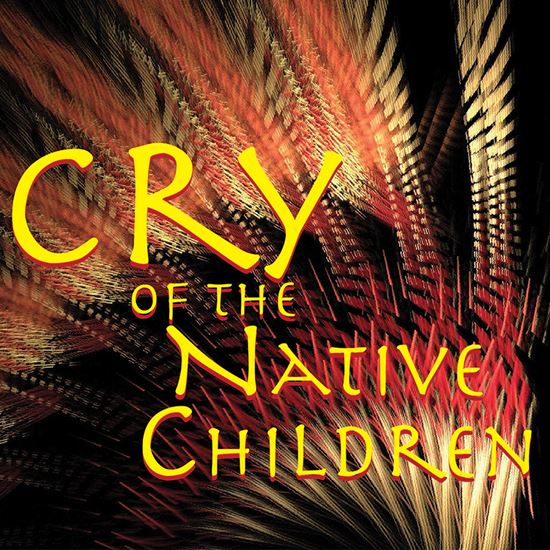 Pocahontas, her father, friends, and others in the Powhatan tribe are forced to face a gravely uncertain future when the English enter their village. Led by Capt. John Smith, the explorers discover that the Natives have been taught English by a survivor from Roanoke, David Barclay. Having married into the tribe, Barclay feels affection for both parties and is set in the middle. As the intrigue, plotting, and ensuing conflicts arise, our sympathies and affinities also switch back and forth between these two very different peoples. This is America’s first culture clash, and its outcome will determine no less than the fate of future generations. A ceremonial dance by the Indian women highlights one scene. Can be produced as a historical period piece or with very modern elements. Approximately 60-75 minutes.

CRY OF THE NATIVE CHILDREN

In between plays, I’m always on the lookout for adaptation material. In addition to essays and criticism, these exercises keep me limber when I’m not working on an original piece. I stumbled upon George Washington Parke Custis’s POCAHONTAS, OR THE SETTLERS OF VIRGINIA while thumbing through old anthologies of American drama. The play was interesting for a number of reasons, not the least of which was the fact that it was a play about race relations written in the pre-Civil War South by our first President’s adopted son. The language and elements of the plot, of course, were severely out of mode, and, working with the original, I sought to bring it back to the stage. The result was a very loose adaptation—I think only two lines of dialogue from the original survive, and, even then, they are spoken ironically. But, Custis had done some very interesting things. The creation of his character, Barclay, was the key to fixing all the problems with telling the Pocahontas story—most importantly the language barrier (Barclay is a survivor from a lost colony who has taught the Powhatan English). I called my best friend from college, Penn, and told him I was writing a Pocahontas play. He told me I had been talking about that as early as twelve years ago, which I had forgotten. But, it’s not surprising because the first stories I remember in grade school history were the Lost Colony of Roanoke and Jamestown, both of which continue to fascinate me.

As far as the text, I most enjoyed writing Barclay for the simple reason that he and I share the same sarcastic humor. He has been adopted into the Powhatan confederacy of tribes as reward for teaching them the ways of the English. He also has been given a wife, with whom he has biracial children, so he is quite decidedly in the middle of the conflict. This gives his view of the world its weary quality. I suppose my favorite line is in response to one of Barclay’s. In the Epilogue, when Pocahontas has begun her relationship with John Rolfe, Barclay says “Funny. I had thought you’d fall for Smith.” Which is, of course, what happens in many versions of the legend. Rolfe replies, “Him? He’s so full of himself, he’s planning on writing a book about what a hero he is,” which is, of course, what he did.

3. Tell us about the characters.

The question you should ask is, “What can you possibly tell us about the characters that we don’t already know?” Let’s face it—many of the people in the play are in the back of every American’s mind. The characters who have a real-life basis are obviously Smith, Percy, Rolfe, West, the Powhatan (their word for “Chief”), Namontac, Opechancanough, and Pocahontas. You would think writing for Smith would be daunting because of the baggage the character has, but you simply have to get into the mindset of someone who believes the world belongs to them—the imperialist mindset. Rolfe is actually a sweet and sincere character in the play while a lot of mileage is gotten from West and Percy’s “idea” of what the Natives would be like. The English are rounded out by the invented character of Hugo DeRedmond, who is elderly, but frisky and provides some comic relief. I worked hard not to have the Natives stereotypically stoic, but at the same time, their livelihood is at stake and they have to act seriously. Most of the Native characters are inventions of Custis, though I added Opechancanough (the Powhatan’s brother), who was very important in the dealings with the English. Even though the play concentrates on the warring parties, Pocahontas is always a draw—she must have been fascinating in real life, and she must have been very different than how she’s been portrayed. Regal Powhatan women wore facial tattoos, and they must have been different from the English view of beauty. “Pocahontas” was a nickname for Amunote (she also had the “secret” name of Matoaka and, later, changed her name to Rebecca). Different versions of this story usually paint one side as good and the other bad, and I can’t think why. Sometimes, the English or Natives are good-hearted and sometimes either group is portrayed as trigger-happy. I tried to avoid that. I believe both sides were equally wrong in the way they first connected. How could it be otherwise? While we know that the experiment of a free country resulted from these early skirmishes, the price—the genocide of nearly an entire race—was devastating. It is not as simple as any one thing.

Why do we tell stories from our history again and again? As a deterrent to history repeating itself? Partly, but that’s not the whole truth. Maybe it’s to assure ourselves that these events happened, I don’t know. We do know that there’s very little we know about Jamestown. Smith’s account cannot be fully verified, and we have no idea whether Pocahontas saved him from anything (Smith claimed a similar rescue had happened on another adventure). The story of Pocahontas has obviously attracted many a writer, composer, and filmmaker. With each version, you get a little closer to the truth. While my version does take liberties for dramatic effect, there are other things revealed—the Powhatan were a polygamous culture, “Powhatan” was a title, not a name, etc. I think these many varied accounts are the accounts that matter. Sometimes to understand a story or a history, you have to break it open and rearrange it. Each generation can come closer to the truth, but there is “truth” and there is “Truth.” The “truth” is that Pocahontas existed, but the “Truth” is she’s a metaphor for a nation—for a people that are now no longer a majority one race, but a plurality of many.

5. Do you have anything else you'd like to add?

I could see the play being done in dozens of ways. The original production eschewed period costumes and settings for a mixed-media grab bag: a rock music score, the prologue performed in black light and fluorescent make-up, the fight performed in strobe lighting, etc. However, I think a production that keeps to the period would work equally as well. I had considered at one point, since the show is set in 1607, it could be performed in a Shakespearean “Globe Theatre” kind of setting. I think the possibilities are endless, which, I hope, means the play will be around for a while.